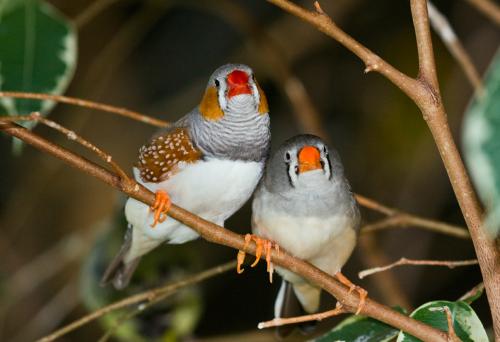 You know how that guy at the karaoke bar singing Journey’s “Don’t Stop Believin’ ” sounds a little off after he’s had a few drinks? The same goes for buzzed birds, according to a team led by researchers from Oregon Health & Science University.

For a study published in PLoS ONE, scientists found that when they got some unsuspecting zebra finches drunk, the birds slurred their songs. The findings could help scientists study the neural processes underlying birdsong – and shed light on human speech.

While many scientists want to understand alcohol’s effects on such a complex system as speech, it’s difficult to perform the necessary studies on humans, which is why many researchers turn to birds. END_OF_DOCUMENT_TOKEN_TO_BE_REPLACED

Neeltje Boogert, who led the study, said the research could have important implications for determining how populations respond to increasingly disturbed and variable environments. END_OF_DOCUMENT_TOKEN_TO_BE_REPLACED 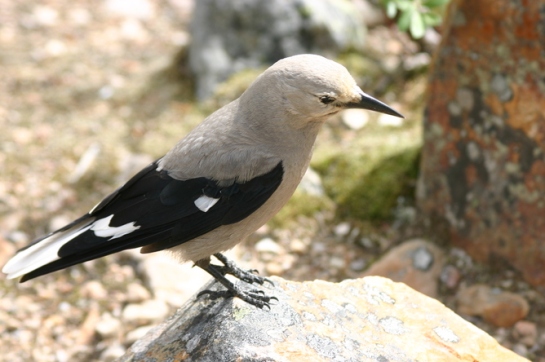 Where did I put that stash? Wing-Chi Poon, CC BY-SA

The 2014 Nobel Prize for Physiology and Medicine was awarded to three neuroscientists for their pioneering work on the brain’s “inner GPS system”. Over the course of four decades, they revealed that a small part in the brain called the hippocampus stores a map of animals’ surroundings and helps them navigate.

The award-winning work was done in mice, but it has been shown to be true in other animals too. Seed-caching birds and brood-parasitic cowbirds are two of the most remarkable examples that rely on spatial navigation for their existence. Their directional skills can even surpass those of some humans. END_OF_DOCUMENT_TOKEN_TO_BE_REPLACED

Tropical Asian birds have a penchant for red and black — a proclivity that likely prompted jungle plants to sprout fruit in these colours, scientists said on Thursday.

It has long been suspected that an abundance of red and black fleshy fruits in nature was partly inspired by a pigment preference of the keen-eyed birds that eat them and spread the seeds.

A team in China decided to test the theory by determining once and for all whether birds do have colour favourites. END_OF_DOCUMENT_TOKEN_TO_BE_REPLACED 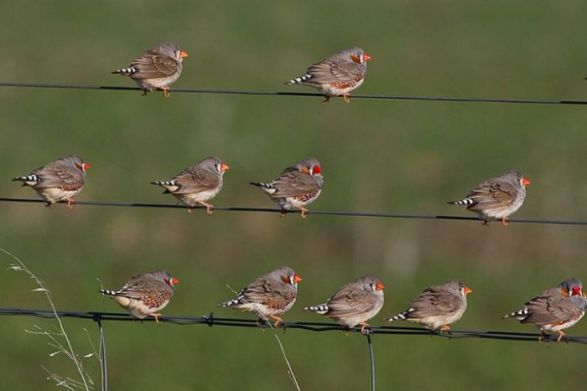 Photo: Birds of a feather flock when together: study shows zebra finches have affairs when caged but are monogamous in the wild. (Image: Flickr Patrick_K59)

In the wild, the zebra finch is one of the most monogamous bird species in the world.

But, when domesticated, its life becomes a wilderness of sneaky dates, passionate affairs and general infidelity.

This is one of the many startling discoveries by a team of researchers, who are studying the bird in far west New South Wales, at Fowlers Gap station.

Dr Simon Griffith from Macquarie University has been studying zebra finches for the last decade. END_OF_DOCUMENT_TOKEN_TO_BE_REPLACED 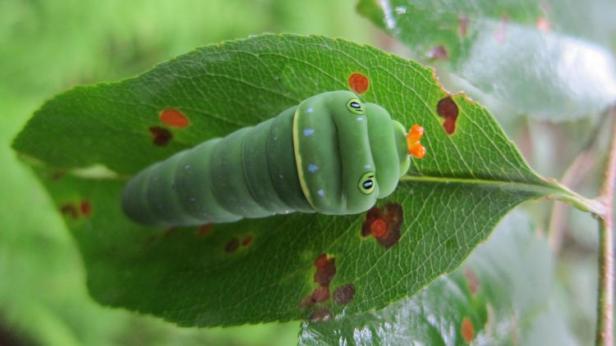 Caterpillars that feed on a variety of plant species are more likely to get eaten by birds because they lack specialized camouflage, a new study concludes. The tiger swallowtail (Papilio glaucus) pictured here feeds only on black cherry (Prunus serotina). (Michael Singer / Wesleyan University)

Just as the nail that sticks out gets hammered down, the caterpillar that stands out from its leafy environment is more likely to be eaten.

In a study published online Monday in the journal PNAS, scientists at UC Irvine and Wesleyan University concluded that caterpillars who ate more than two species of plants were more likely to wind up as dinner — a phenomena that had far reaching effects on forest vegetation. END_OF_DOCUMENT_TOKEN_TO_BE_REPLACED