Cognitive biologists now revealed that ravens use a “divide and rule” strategy in dealing with the bonds of conspecifics. Credit: Jorg Massen

Mythology has attributed many supernatural features to ravens. Studies on the cognitive abilities of ravens have indeed revealed that they are exceptionally intelligent. Ravens live in complex social groups and they can gain power by building social bonds that function as alliances. Cognitive biologists of the University of Vienna now revealed that ravens use a ‘divide and rule’ strategy in dealing with the bonds of conspecifics: Socially well integrated ravens prevent others from building new alliances by breaking up their bonding attempts.

Thomas Bugnyar and his team have been studying the behavior of approximately 300 wild ravens in the Northern Austrian Alps for years. They observed that ravens slowly build alliances through affiliative interactions such as grooming and playing. However, they also observed that these affiliative interactions were regularly interrupted by a third individual. Although in about 50 % of the cases these interventions were successful and broke up the two affiliating ravens, intervening can be potentially risky when the two affiliating ravens team up and chase away the intervening individual. END_OF_DOCUMENT_TOKEN_TO_BE_REPLACED

Neeltje Boogert, who led the study, said the research could have important implications for determining how populations respond to increasingly disturbed and variable environments. END_OF_DOCUMENT_TOKEN_TO_BE_REPLACED

We might have to get very creative in our conservation approaches if we are to boost declining numbers of vultures, zoologists say.

Zoologists from the School of Natural Sciences at Trinity College Dublin are proposing an ingenious idea to help conserve populations of African white-backed vultures. The iconic birds, which play a critical role in sustaining healthy ecosystems, may need to dine for free in human-staffed ‘vulture restaurants’ if they are to survive spells of food scarcity in Swaziland and neighbouring countries.

Throughout Africa, vulture populations have suffered an alarming collapse in numbers in recent years. In rural parts of West Africa some species have declined by over 95%, while the famous Maasai Mara National Reserve has lost an average of 62% of its vultures over the past three decades. Aside from poisoning – both targeted and incidental – vultures are threatened by wind turbines, electricity pylons, habitat destruction, food loss and poaching. END_OF_DOCUMENT_TOKEN_TO_BE_REPLACED

Scientists from the University of Southampton have revealed that feather shafts are made of a multi-layered fibrous composite material, much like carbon fibre, which allows the feather to bend and twist to cope with the stresses of flight.

Since their appearance over 150 million years ago, feather shafts (rachises) have evolved to be some of the lightest, strongest and most fatigue resistant natural structures. However, relatively little work has been done on their morphology, especially from a mechanical perspective and never at the nanoscale.

The study, which is published by the Royal Society in the journal Interface, is the first to use nano-indentation, a materials testing technique, on feathers. It reveals the number, proportion and relative orientation of rachis layers is not fixed, as previously thought, and varies according to flight style. END_OF_DOCUMENT_TOKEN_TO_BE_REPLACED 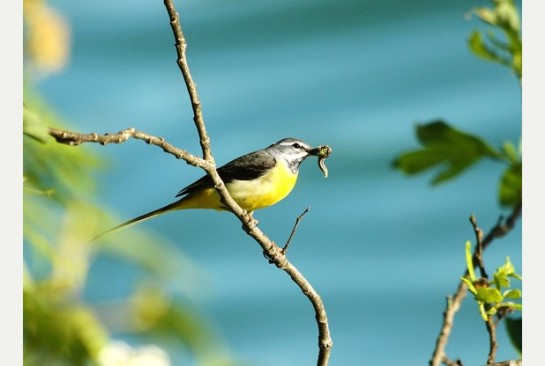 Numbers of yellow wagtails, a farmland generalist, have fallen by 65 per cent since 1970

Farmland specialist species were particularly badly hit, falling to a new low 56 per cent below the 1970 figure.

That prompted the RSPB to demand more work to help the survival of specialist species, building on work that has seen the rate of decline slow in recent years, to nine percent since 2007.

But that still puts them worst off against woodland or marine cousins, with the overall picture showing a 12 percent decline in the longer-term, slowing to 5 per cent since 2007. END_OF_DOCUMENT_TOKEN_TO_BE_REPLACED

Raptors can affect the distribution of other species and they can also be used to find forests with high biodiversity value.

Predators influence decisions on conservation actions because they awake a remarkable interest in the society. However, favouring just predators in conservation can also mislead the scarce funding invested in nature conservation.

Researchers in the University of Helsinki and Novia University of Applied Sciences studied two common raptor species in Finland, the goshawk and the Ural owl. Researchers visited raptor nests and surrounding forests on two large forested areas and recorded the amount of biodiversity such as birds, flying squirrel and polypores around them. END_OF_DOCUMENT_TOKEN_TO_BE_REPLACED 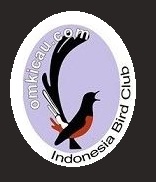